We previously posted some of our findings in relation to tweets that contained the words “British Army” based on data collected between April and June 2014. In this post we look at the “Royal Navy”. 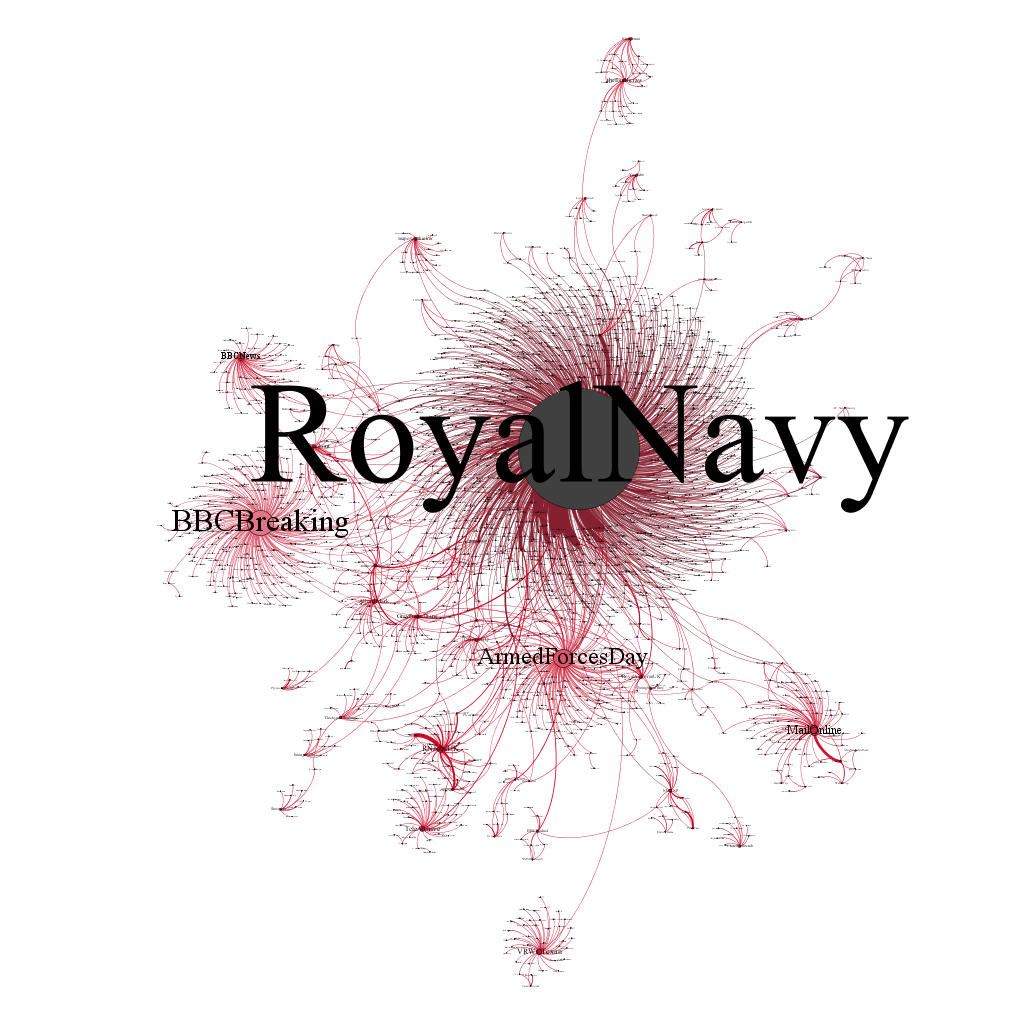 There are several possible reasons for this. The first is that the Royal Navy may be of less interest to the mainstream news media than the British Army. The second is that the Royal Navy Twitter Account may be particularly effective in attracting mentions by other users. But, this second explanation may also be contextual. During the period of data collection the Royal Navy were involved in the search for the disappearance of Malaysian Airlines flight MH370 which generated a lot of mentions on Twitter. In fact, this also explains the prominence of the BBC Breaking News Twitter account in the visualisation and draws our attention to the extent to which information circulating on Twitter is event driven, and often related to events in the mainstream news media.

We will be looking into this issue in more detail through a visual analysis of our Twitter data in forthcoming posts.

We will be publishing our analysis of our Twitter data in relation to the Royal Air Force soon.

In the meantime, we welcome all comments on any of the above. Please use the comment box below.